We are very grateful to Renowned local author, Alex Askaroff has donated copies of his book Off the Beaten Track to YRMU for a suggested donation of £10 avaialble to buy at our Support Centre Coffee Shop now.

Writer and master craftsman Alex Askaroff has spent a lifetime in the sewing industry and is considered one of the foremost experts of pioneering machines and their inventors. Internationally renowned, Alex has written extensively for trade magazines, radio, television, books and publications worldwide. You may have seen him on the BBC show, The Great British Sewing Bee or one of his many Youtube clips. His Sewalot website is the No1 site of its kind in the world.

"Born of a Russian/French father and Austrian/English mother, I grew up in 1960's England and witnessed the birth of our modern age. One of six boys our house was always an explosion of noise.

Later I studied engineering and eventually became a self-employed engineer, and after many years a master craftsman, running my own specialised business in sewing machinery, a trade that I had known since a child.

As I carry out my trade around the rural south east corner of England I collect fascinating true stories along the way. When I have enough I go to print. When I first published my stories I would never have guessed that they would prove so popular that a quarter of a century later I would still be being asked for more! Seven No1 New releases on Amazon, WOW."

Alex, not only writes academic books on the early pioneers in the sewing industry, known as The Sewing Machine Kings, but also semi-biographical books.

Amazon writes "At last, after four years, his long awaited follow up to Glory Days, Off The Beaten Track, is here.

It was usually the privileged few who made footnotes in history, went on Grand Tours, wrote poetry, and had great adventures.

They didn’t have to work in a mill or down a mine, in a factory or a cramped office six days a week, burning away their youth and energy to make ends meet.

Alex’s books are filled with the rest of us, the ‘invisible multitude’ who have led lives no less extraordinary than the rich and famous.

They may not have big houses or statues in their name, but nonetheless, they are the people who make this wonderful world turn.

Here are their inspiring stories."

Thank you Alex for your wonderful donation 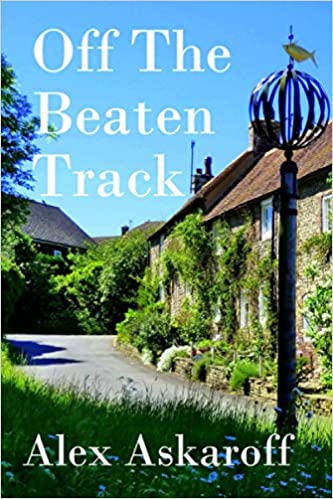 DIY SOS Needed
Brighton Half Marathon
Stressed about GCSE and A Level Exam Results?
Thank you Persimmon Homes
You Raise Me Up is delighted to offer you this opportunity to attend the subsidised 2-day Mental Health First Aid for Adults course